A Hard and Painful Lesson

I’ve told this story many times, and each time I share it, someone points something out, another insight or takeaway that I’ve missed over the years, and it literally takes my breath away.

I was asked to return to the AAA baseball park to perform the National Anthem, and even though I was uncomfortable and nervous, I said yes.

A wildfire started nearby that afternoon, not so unusual across Montana, and the smoke started filtering into the valley, making its way toward the ballpark. 7:05 came around, and with my kneecaps shaking inside my legs, I walked up to the microphone at home plate.

By the dawn’s early light…”

The smoke rolled in, and I really hadn’t considered how that might affect my voice.

Oy. That high note. I hit it, wasn’t flat, but I didn’t hit it well. It sounded scratchy, faint, and not well sustained. You’ve heard people struggle with that note, right? It sucks.

“And the home of the BRAVE.”

A handful of clapping could be heard from the stands of a few hundred spectators. A trickle of applause. I walked past the dugout, where the home team usually would be standing up to compliment me and give me high fives, not a single player moved from the bench.

I walked through the gate, welcomed by our 6-year-old son and my husband.

Mom, you did great.

And he hugged me.

I said: “Thanks, Max. I know that high note didn’t quite come out the way it should have.”

“Yeah.” As he dug his sneakered toe into the dirt, “I heard some ladies laughing.”

I blushed. And then I thought about it and got angry.

“Max, if you ever hear someone laughing like that – no matter who is singing – you can say something to them, maybe something like ‘wow, that’s rude. I’ll bet you couldn’t get out there and sing by yourself in front of this many people.’ If it came from a kid, it might have a big impact.”

He beamed at me and agreed that he would do that next time for sure.

The beauty of that smile continues to shine in my memory, partly because I so desperately needed it at that moment, to know my humiliation would serve a purpose, and partly because I know that as an adult, he stands up for people exactly in that way. He always has.

As I shared the story recently, when Joey Held, podcast host extraordinaire (Good People, Cool Stuff) asked about a failure during a live performance, I realized I had missed the most important lessons of that day.

I blushed even more deeply than I had as I left the baseball field 12 years before as I said to Joey: “The worst part about the humiliation? I realized I had been that woman before. There were times when I would snicker while listening to someone else perform or speak. I was a person who made what I thought were subtle faces with my friends. I made the subconscious decision to never be that woman again.”

I said subconscious because it wasn’t until having this conversation with Joey, 12 years later, that the moment was so pivotal in my life. There were moments that I could have slipped into being “that woman” again, many times, and I consciously, intentionally stopped myself to offer a genuinely supportive smile, or gentle touch on an arm, shoulder, or back.

Joey mentioned a video showing a woman singing the National Anthem, clearly on the verge of passing out, she was so nervous, and a famous guy went over to stand next to her to sing along. He had a terrible voice and he knew it, and his action, his support completely changed the dynamic on stage. Her voice grew in strength and confidence, and she finished STRONG.

Here’s the application, friends, in case you missed it like I did so many years ago.

Would you rather be the person smirking and making faces with your friends at the expense of someone putting their heart out there to be stepped on?

Or would you rather be the person who smiles genuinely in support, and encourages the person to take that risk, grow, and avoid regret?

Which of those roles makes you feel good about yourself?

Which of those roles make you a better model for the people around you?

And which of those roles brings more happiness and love to our communities?

The best part of this experience is that I know I changed. I know that even if my internal dialog gets in my way sometimes, I can short-circuit the bias and cruelty before it can escape me in words and actions. It takes practice. I fail sometimes. But every moment is another opportunity to improve.

Sarah’s Book. Your Stories Don’t Define You, How You Tell Them Will is available on bookshop.org (supporting independent booksellers) and on Amazon. The audiobook will be available in fall 2020. 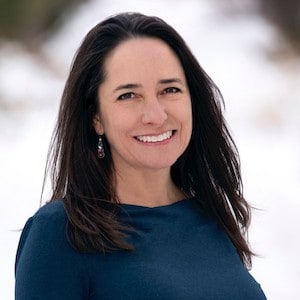 Time for an “Un-Conference”? –Let’s Connect Beyond the Keyboard