Recently, I was having a casual conversation with a dear friend of mine. The conversation drifted to the topic of families and I spontaneous blurted out how much I loved being a dad! I talked about how important it was to me to be a dad, how I loved it more than anything else in my life, and how I tried to do my best! She seemed surprised by my comments and said so. Confused, I inquired about her concern.

She mentioned that she had not ever heard a man express so much excitement over the role of father. In fact, she described knowing many fathers who seemed to resent being a father and the responsibility placed upon them. She said it was kind of refreshing to hear and see someone so very excited.

After this conversation, I was reminded of an experience I had years prior. We were on vacation and my brother-in-law unexpectedly died. My wife and baby chose to travel by car with the other family members to the funeral some 12 hours away. I was tasked with flying back to home with my other four children! My mother-in-law kept thanking me for being willing to do it. When I responded that it was not a big deal, she said that it was. I could not understand why it was such a big deal—I love to spend time with and be with my kids.

Well, she must have known something I did not know, because at our layover the weather turned foul and our connecting flight was cancelled. I was stuck in a large airport with 4 kids under the age of 10. We quickly learned it may be difficult for the five of us to get on a standby flight because I could not be separated from them. So, I waited in a long line to get help and rebooked for home.

As we waited for our turn to get new a new flight, I noticed two older women staring at me. It was kind of creepy. It was one of those times where it was obvious they were talking about us. I felt quite uncomfortable at their unhidden stares and gestures in my direction. It was plain rude.

Then, one of the women approached me. She apologized for watching us and said, “You are not divorced, are you?” Surprised by such an odd statement or question, I respond that I was happily married. She laughed and told me that she had won the bet between her and her friend. She said, “I won because I told her you could not be divorced because you look like you love your kids!”

I was not sure how to respond to that comment, so I assured her that I did in fact love my kids very much. She wished me a nice day and went off chuckling at her victory. I stood in wonder at the interaction. First, I was grateful it was so obvious I loved my children. Second, I wondered what other people thought of dads and what made my experience perhaps different than other dads.

I cannot say what other dads should or should not do. Although I am a so-called expert on marriage and family issues, I am, to be sure, a very imperfect dad. However, I have done a few things which have made all the difference for me. I share a few in hopes that more dads will love this most important role. I also hope that more dads will be seen deliberately and intentionally loving their children and enjoying being dads.

As is probably common, I work full-time away from my home. Because of this, I wanted to make sure I had quality and individual time with each of my children. The idea was to schedule a monthly one-on-one date with each of my children. I started when they were very young. Most of the time, they have selected the activity. I have played on parks, forced my adult body down little slides, and been buried in sandboxes. I have gone to movies, been to the drive-thru, and eaten a ton of various fast food treats. This is a wonderful time to just have fun with my kids. I look forward to these dates and so do they.

Sadly, I have too frequently had the sad experience of having seemingly alone children approaching us and asking if they could join us. Many times, we let them play with us. So often they would lament, “I wish my dad would do this with me.” Kids want this. They will not let the month pass without it. It is a wonderful connecting and fun time. As my kids have gotten older they still want to do it and look forward to it. It is more expensive at times, but I am grateful to not have to hit my head on the slide or park playground anymore!

I have always wanted to be an involved father. I have wanted to help my children to achieve, accomplish their goals, and pursue their dreams. I also wanted to find a way to teach my children and to discipline them when needed. I found, like many parents, that I did not correct very well on the fly. In fact, most of my parenting failures happened while correcting in the heat of the moment. I have not ever had a bad experience in my one-on-one interviews.

So, here is the plan. I have a one-to-one meeting with each of my kids every month. We discuss their goals and plans. We talk about school, friends, girl-trouble, boy-trouble, assignments, activities and more. We talk about things they are working on at church or in their personal life. We speak about their concerns and mine. It is a positive time of learning and growing together.

I may also provide some correction or discipline during the interview. The biggest surprise to me has been that not once have any of my children been defensive or unkind at this correcting time. They almost seem to expect it. Amazing! I have talked to them about behavior problems, broken rules, chores, being unkind to others and more. They also seem to respond well to teaching and direction at this time. It is quite surprising to me how well this approach works.

Most of my kids have been asked by adult leaders at church or school how they are able to be so successful. Most of the time, my kids respond with an “I don’t know” or some other humble reply. However, some of them have made the connection and have come home and said to me “It must be because of those father’s interviews.”

This may be the easiest of the ones I will share today. Because I am so skilled at making mistakes, I have a lot to apologize for each day. So, I do it. I remember reading a study where they determined there were effective parents and ineffective parents. The study concluded that the two groups made the same number of mistakes. Well, I was intensely curious to know what the was the difference between the two groups. It was this:

The effective parents circled back and apologized when they made mistakes

Frankly, this astounded me. Is that all it took? Well, it has involved much more than this, but this has clearly had a positive effect on my children. It has made a world of difference!

My oldest daughter was asked one Father’s Day to share some lessons she had learned from her dad. I was surprised when she ended with this lesson. She told the audience that she appreciated that I apologized whenever I made a mistake. She then explained that it helped her to realize that she did not have to be perfect, that it was okay to mess up every occasionally, and that we could move forward.

I never intended to teach such a powerful lesson! Who among us does not want our children to feel it is okay to make mistakes in the pursuit of excellence and happy living? Who knew I could teach it best by simply acknowledging the mistakes I make and saying so in a heartfelt apology? This has been a powerful thing in my experience as a dad. Maybe it is because I have to do it so much!

So, as we celebrate Father’s Day, perhaps we can think of ways to show the world that Dads are important. These are just a few of the ways I try to be intentional about my role as a father. I am sure you can think of many more. In truth, we need more dads who not only look like they love their children, but in fact do. We need more dads who show up with deliberate actions to teach and nurture their children. I love to be a deliberately involved dad! There is nothing which brings me more joy. 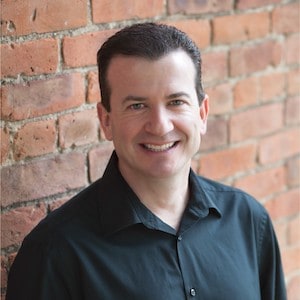 I Just Don’t Know How To Flush

Navigating The Round Tower