A Closed Mouth Gathers No Foot

A soft patter of rain outside my window this afternoon tip-taps the leaves of mitsumata trees my wife and I grow for our washi – traditional Japanese paper–making business. I simply sit, listening to the soothing serenade. All at once, nature’s meditative soundtrack ignites my awareness, yet quells my mind’s all too often rampant nature.

Why do some people find it difficult to be alone with their own thoughts?

There is value in slowing down and sitting in silence. Jeff Weiner, the Executive Chairman and former CEO of LinkedIn, penned an article once titled “The Importance of Scheduling Nothing.” In it, he describes periodically setting aside 30-90 minute time blocks on his calendar each day to just “think.”

Rather than indulgences, he views these buffer sessions as necessity.

Wow. That might seem unproductive, even terrifying, to some. Sitting alone with our thoughts and nothing more – no smartphone, laptop, music, or tv – just doesn’t seem normal to so many of us.

Even when we sit seemingly still, there is continuous movement. The heart beats, breath rises and falls, and our blood circulates. Sometimes we notice this stuff, sometimes we don’t. And, of course, even if we sit as resolutely as a mountain, the mind is likely to be jumping all over the place.

When we’re around others, silence becomes effectively unbearable. Absurd. Preposterous even! But why?

As an American who lives in (and continues to adapt daily to) Japan, I am more keenly aware of some subtle cultural differences that aren’t noted as often as the biggies, like cuisine or kimonos. One such variance is in the socially accepted tolerance (and the lack thereof in the case of my country of origin) of silence.

Sure, Japanese folks engage in small talk too at times, and the language itself has some built-in formalities that seem ridiculous to a native English speaker (e.g., listening to two Japanese people getting off the phone with each other politely can seem like a 3-act play). But, by and large, there seems to be an acceptance of no one saying anything in a group of people if there is truly nothing of merit to be said.

In the West, we often refer to this as an “uncomfortable silence,” even prompting some folks to utter nonsense or banal words to fill the void. Without careful thought behind our words, we are sometimes apt to offer offense or inadvertently hurt someone’s feelings.

You don’t have to take a vow of silence or live a life of solitude to get a little Zen-like quiet time in your life. Try taking five minutes here and there. I’m advocating listening more than speaking, or even, gasp, just dealing with the emptiness of no words spoken in the company of others.

Why this article and suggestion? Because silence can bring a sense of peace. A calm. A serenity. The world needs a bit more of that these days for so many obvious reasons. You might be surprised at what all you begin to notice. And you might even find that your days go better when you occasionally unplug or relinquish the need to fill silent space with trivial talk. 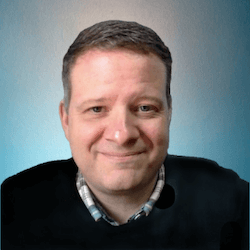 Dealing With Our Fears