“Many a small thing has been made large by the right kind of advertising.”

Advertising is life made to look larger than life, through images and words that promise a wish fulfilled, a dream come true, a problem solved. Even Viagra follows Mark Twain’s keen observation about advertising. The worst kind of advertising exaggerates to get your attention, the best, gets your attention without exaggeration. It simply states a fact or reveals an emotional need, then lets you make the leap from “small to large.” Examples of the worst: before-and-after photos for weight loss products and cosmetic surgery—both descend to almost comic disbelief. The best: Apple’s “silhouette” campaign for iPod and the breakthrough ads featuring Eminem—both catapult iPod to “instant cool” status.

“When in doubt, tell the truth.”

If the people who thought up these outrageous gimmicks spent half their energy just sticking to the product’s real benefits and buying motivators, they’d have a great ad.

Today’s advertising is full of gimmicks. They relentlessly hang on to a product like a ball and chain, keeping it from moving swiftly ahead of the competition, preventing any real communication of benefits or impetus to buy. The thinking is, if the gimmick is outrageous or silly enough, it’s got to at least get their attention. Local car dealer ads are probably the worst offenders–using zoo animals, sledgehammers, clowns, bikini-clad models, anything unrelated to the product’s real benefit. If the people who thought up these outrageous gimmicks spent half their energy just sticking to the product’s real benefits and buying motivators, they’d have a great ad. What they don’t realize is, they already have a lot to work with without resorting to gimmicks. There’s the product with all its benefits, the brand, which undoubtedly, they’ve spent money to promote, the competition and its weaknesses, and two powerful buying motivators—fear of loss and promise of gain. In other words, all you really must do is tell the truth about your product and be honest about your customers’ wants and needs. Of course, sometimes that’s not so easy. You must do some digging to find out what your customers really want, what your competition has to offer them, and why your product is better.

“Facts are stubborn things, but statistics are more pliable.”

In advertising, you must be very careful how you use facts. As any politician will tell you, facts are scary things. They have no stretch, no pliability, no room for misinterpretation. They’re indisputable. And used correctly, very powerful. But statistics, now there’s something advertisers and politicians love. “Nine out of ten doctors recommend Preparation J.” Who can dispute that? Or “Five out of six dentists recommend Sunshine Gum.” Makes me want to run out and buy a pack of Sunshine right now. Hold it. Rewind.

“Whenever you find you’re on the side of the majority, it is time to reform.”

Bottom line: stick to facts. Then back them up with sound selling arguments that address the needs of your customer.

Let’s look at how these stats—this apparent majority—might have come to be. First off, how many doctors did they ask before they found nine out of ten to agree that Preparation J did the job? 1,000? 10,000? And how many dentists hated the idea of their patients chewing gum but relented, saying, “Most chewing gum has sugar and other ingredients, that rot out your teeth, but if the guy’s got to chew the darn stuff, it may as well be Sunshine, which has less sugar in it.” The point is, stats can be manipulated to say almost anything. And yes, the devil’s in the details. The fact is, there’s usually a 5% chance you can get any kind of result simply by accident. And because many statistical studies are biased and not “double-blind” (both subject and doctor don’t know who was given the test product and who got the placebo). Worst of all, statistics usually need the endless buttressing of legal disclaimers. If you don’t believe me, try to read the full-page of legally mandated warnings for that weight- loss pill you’ve been taking. Bottom line: stick to facts. Then back them up with sound selling arguments that address the needs of your customer.

To write effective ad copy means choosing exactly the right word at the right time. You want to lead your customer to every benefit your product has to offer, and you want to shed the best light on every benefit. It also means you don’t want to give them any reason or opportunity to wander away from your argument. If they wander, you’re history. They’re off to the next page, another TV channel or a new website. So, make every word say exactly what you mean it to say, no more, no less. Example: if a product is new, don’t be afraid to say “new” (a product is only new once in its life, so exploit the fact).

“Great people make us feel we can become great.”

And so, do great ads. While they can’t convince us we’ll become millionaires, be as famous as Madonna, or as likable as Tom Cruise, they make us feel we might be as attractive, famous, wealthy, or admired as we’d like to think we can be. Because there’s a “Little Engine That Could” in all of us that says, under the right conditions, we could beat the odds and catch the brass ring, win the lottery, or sell that book we’ve been working on. Great advertising taps into that belief without going overboard. An effective ad promoting the lottery once used pictures of people sitting on an exotic beach with little beach umbrellas in their cocktails (a perfectly realistic image for the average person) with the line: Somebody’s has to win, may as well be you.”

“The universal brotherhood of man is our most precious possession.”

We’re all part of the same family of creatures called homo sapiens. We each want to be admired, respected and loved. We want to feel secure in our lives and our jobs. So, create ads that touch the soul. Use an emotional appeal in your visual, headline and copy. Even humor, used correctly, can be a powerful tool that connects you to your potential customer. It doesn’t matter if you’re selling shoes or software, people will always respond to what you must sell them on an emotional level. Once they’ve made the decision to buy, the justification process kicks in to confirm the decision. To put it another way, once they’re convinced, you’re a mensche with real feelings for their hopes and wants as well as their problems, they’ll go from prospect to customer.

“A human being has a natural desire to have more of a good thing than he needs.”

Ain’t it the truth. More money, more clothes, a fancier car, a bigger house. It’s what advertising feeds on. “You need this. And you need more of it every day.” It’s the universal mantra that drives consumption to the limits of our charge cards. So, how to tap into this insatiable appetite for more stuff? Convince buyers that more is better. Colgate offers 20% more toothpaste in the giant economy size. You get 60 more sheets with the big Charmin roll of toilet paper. GE light bulbs are 15% brighter. Raisin Brain now has 25% more raisins. When Detroit found it couldn’t sell more cars per household to an already saturated U.S. market, they started selling more car per car—SUVs and trucks got bigger and more powerful. They’re still selling giant 3-ton SUVs that get 15 miles per gallon.

“Clothes make the man. Naked people have little or no influence on society.”

Who gets the girl? Who attracts the sharpest guy? Who lands the big promotion? Neiman Marcus knows. So does Abercrombie & Fitch. And Saks Fifth Avenue. Why else would you fork over $900 for a power suit? Or $600 for a pair of shoes? Observers from Aristotle to the twentieth century have consistently maintained that character is immanent in appearance, asserting that clothes reveal a rich palette of interior qualities as well as a brand mark of social identity. Here’s where the right advertising pays for itself big time. Where you must have the perfect model (not necessarily the most attractive) and creative photographers and directors who know how to tell a story, create a mood, convince you that you’re not buying the “emperor’s clothes.” Example of good fashion advertising: the Levi’s black-and-white spot featuring a teenager driving through the side streets and alleys of the Czech Republic. Stopping to pick up friends, he gets out of the car wearing just a shirt as the voiceover cheekily exclaims, “Reason 007: In Prague, you can trade them for a car.” 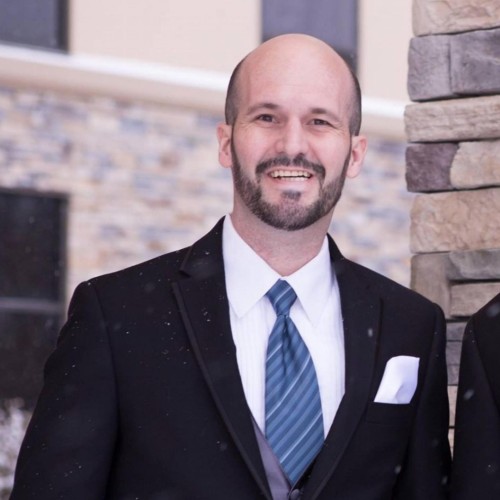 Mark Lamplughhttps://influencemediasolutions.com/
Mark Lamplugh is a fourth-generation firefighter and former captain with the Lower Chichester (PA) Fire Company. Mark is President of the board for the Institute for Responder Wellness. Mark owns Influence Media Solutions which is his own Marketing, Public Relations, Digital Marketing, Branding, Business Development, and Social Media company. He just published his first book “Beginners Guide to Digital & Social Media” which is available on Amazon. He can be reached for comment at [email protected]

Getting Friendly With Your Clients

When Prospects Give You the Silent Treatment