7 Types Of Business Tech That Got Left Behind

Human innovation has continuously brought forth new technologies that make life easier. The first significant invention to do this was the wheel. It revolutionised how people move from point A to point B. Evidence dictates that the wheel was invented some six thousand years ago and is still used to this day.

Businesses need to make use of technology related to their field and accomplish their work. Since technology is ever changing, companies need to learn to adapt these new technologies quickly or get left behind by their competition.

That is what makes it such a unique marvel, the wheel has withstood the test of time and is yet being developed by countless companies to make it even better. Since then, there have been many technologies that have come and gone. These various technologies were relevant at one point and also seemed essential, but has since become obsolete. Businesses need to make use of technology related to their field and accomplish their work. Since technology is ever changing, companies need to learn to adapt these new technologies quickly or get left behind by their competition. Even worse, companies that fail to adopt evolving business technology could mean the extinction of the entire business.

Why do companies need to embrace new technology

New technological innovations are created every single day, some of those new inventions or improvements in current business technology significantly affect a particular sector of business.

Companies that are able to embrace the latest technology in vital departments in a business, to build and offer new products from this new tech will be able to carry on towards the future.The ones that don’t adapt and continue only to provide their old products are left to wonder what happened after they close down. Consumers will eagerly devour any improvement on a product as long as it makes their lives more convenient.

Companies should not be afraid of change; instead, they should openly embrace new developments in their field and take their business to new frontiers. Business needs to change or get left behind.

There are many different types of technologies that went the way of the dinosaurs. These are just a few types of business tech that became obsolete because they were replaced by something that performs the same function better. The demand is there, but consumers shifted to fill their desire with a product made from newer technology. Consumers always want the latest and greatest of everything. It’s your job as business owners to make sure they get that.

The original method that allowed every household to connect to the internet. Dial-up modems were connected to a phone jack on one end which was connected to a phone line and to the computer on the other end. The internet connection was made by dialing to a phone number on a regular phone line using the PSTV(Public Switched Telephone Network) to establish a link to the world wide web. The download and upload speeds were notoriously slow which made surfing the net quite tiresome. These devices became relics of the past when broadband internet was developed which is still used up to this day. Broadband modems provide significantly faster upload and download speeds and are much more satisfying to consumers.

PDAs Personal digital assistants were all the rage before laptops smartphones and tablets were invented. PDAs had a touchscreen wherein a stylus was used to navigate through the OS(Operating system), although it had some buttons as well. The PDA had similar functions to a smartphone but were much more limited. They were mainly used as a personal information manager. They had telephone functions and even provided access to the internet via WiFi. It had an address book, a calendar to set appointments, calculator, to do list and web browser. PDAs were discontinued in 2010 when smartphones took over their market share, and they since became obsolete.

Cassette tapes were the first to provide a portable music experience. Cassette tapes work via a magnetic coating used to record an audio signal. These devices were used to record music, they were also used in business to record essential meetings or discussions for future reference. Cassettes were once very popular because of their convenience, and the same can be said for vinyl records. Although, unlike cassettes, vinyl is still immensely popular because of their immense following.

Vinyl records were invented about a hundred fifty years ago but are still in demand to this day. Cassette tapes were created in 1962 but died a natural death around the 2000s. All major record companies stopped using cassettes to reproduce their albums in 2003. Cartridges were replaced by CDs otherwise known as compact discs.

Compact discs were later replaced with MP3 or MP4 files which provided consumers with digital music. The iPod came along and obliterated the competition. It allowed consumers access to digital music and video right at their fingertips.

The original storage device for personal computers. Floppy discs could only hold a small amount of data, approximately around 1.44MB. That amount of storage was considered significant when computers first started out. Floppy discs are still used on legacy computers but were discontinued to be installed on home computers in 2003. They were replaced by writable optical CDS, USB flash drives, external hard drives and later on cloud storage.

To this day USB flash/thumb drives is still the most popular choice for file storage because of its capacity to store an abundant amount of data and its convenient to carry around since its so small.

Betamax was popular a video storage device that became widely used and accepted by consumers because it allowed people to own copies of their favourite movies. The Betamax used magnetic tape and the cassette format to record video. It worked similarly as cassette tapes wherein an electrical signal is encoded on the magnetic tape. Betamax was used to record home movies and video for various purposes. It was used from 1975 to the early ’90s. By 1984 40 companies made VHS(Video Home Equipment)equipment, compared to Beta Max’s 12. The VHS was very similar to Betamax in the sense that they were both cassettes that used magnetic tape to record video. Even VHS went out of style in 2008 when the DVD(Digital Video Disc) came into the picture.

The typewriter only became commercially available in 1874. It was used to efficiently draft and create documents. The typewriter became an essential tool for a lot of businesses and even became common for home use as well. It was the first invention to use the QWERTY keyboard which is used up to this day. The typewriter, however, became entirely extinct when computers came into the picture. Typewriters needed ink and paper to produce only one copy of a manuscript or paper document. Whereas the computer can save many documents in its internal memory and produce many copies by of each document by merely printing more.

The beeper which is also known as a pager was first invented in the 1960s but only became commercially available in the 1980s. Most pagers were only one-way wherein they can only receive text messages. There were 2-way pagers available that worked using an internal transmitter but were less popular. These devices could receive essential messages from loved ones and business associates to relay relevant information to the user. Only a handful of companies still offer pager services today. Pagers have been replaced by smartphones that can both send and receive messages, just one of the many features built into today’s smartphones. 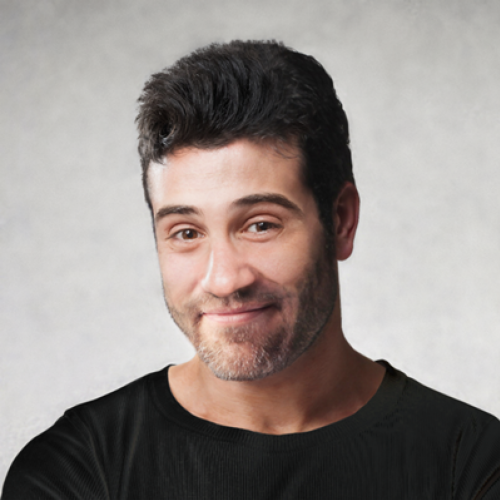 Nathan Sharpehttp://www.biznas.co.uk/
NATHAN Sharpe is the entrepreneur behind Biznas. He knows that the life of an SME isn't easy, and you have to wear many different hats in order for your business to be a success. He helps others achieve this success by sharing everything he knows over on his blog, as well as any new lessons he learns along the way!

Sustainable Events: How To Reduce Your Event Waste

An SMB’s Guide To Performing A Basic IT Security Audit