6 Signs a Bully is Causing Your Workplace Harassment Issues

Bullies have mastered the art of labeling, and giving nicknames to co-workers, causing internal harm to the agency. Bullying and verbal abuse can lead to social exclusion in the workplace. Consistent workplace culture training can help set standards of acceptable (and unacceptable) behavior.

Workplace Bullying that went too far

One police officer shared a story in our class about the loss of his partner to suicide. The constant bullying from other officers and calling of degrading names went to long. No note, no warning, no good-bye to his family… he used his own revolver, to end his pain. Mental abuse can scar a person and an agency, to the point of no return.

Workplace Bullying does not create VALUE in any organization, and should not be tolerated in the public service profession

As public service professionals, we can be overly critical, demeaning, and lack empathy when interacting with our zone partners, and others in our department. Commanders that stand up to bullies and unprofessional workplace behavior, are respected more when they report unprofessional behavior, vs look the other way. Bullying may take many forms, from physical assault, verbal abuse, and social exclusion to cyberbullying. Generally, to be considered bullying, the practice must be carried out either by an individual or a group within the workplace.

In 2017, the Workplace Bullying Institute estimated that 60.3 million workers in the U.S.A. alone have been affected by workplace bullying.

The 6-Signs of Bullying in the Workplace:

Do you know employees that repeatedly upset and bully others around them? Co-workers that are often mistreated will eventually complain. And if their complaints are not heard, and nothing changes, they could make matters worse for themselves and others.

Those who can’t connect with co-workers or act like they just don’t care for others’ well-being often lack empathy. They may “think” they care, but don’t know how to communicate it. Walking in another person’s shoes is the first step.

This may include openly shouting, threatening or humiliating others in the workplace, as well as outside the department. If you do not VALUE your co-workers, the workplace culture will diminish.

A classic sign of bullying is when you make yourself feel better by evoking discomfort or insecurity in others. This is often seen by persistently picking on someone or deliberately setting them up to fail.

It may not seem like a big deal (to the bully) but spreading rumors can take an agency down at the knees. Defined as a “Defamation of character” towards another, spreading lies is against what being a law enforcement officer is, and should not be tolerated.

For example, you may intentionally block someone’s promotion or take away duties and responsibilities without any rationale or substance. Other possibilities include deliberately and persistently ignoring or excluding someone from joint collaborations and social events.

How can bullying affect an individual?

People who are the targets of bullying may experience a range of effects that include:

How can bullying affect the workplace?

Bullying affects the overall “health” of an organization. An “unhealthy” workplace can have many effects including:

As an instructor of Professional Workplace Culture for Public Service Professionals, we travel the county and hear many stories of unprofessional behaviors that often include bullying. If you have internal Bullies within your department mistreating employees, can you only imagine the damage they can do in your community while hurting your agency’s image?

Bullying can trigger an array of mental health issues including depression, burnout, increased absenteeism, low self-confidence, and stress.  Take a stand within your agency… ZERO Tolerance for Bully’s

RITE Academy teaches Professional Workplace Culture, encompassing the following components that address the Bullies who may be lurking in your department: 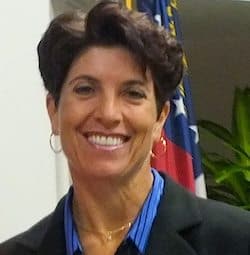 Randy Friedmanhttps://riteacademy.com/
As co-founder & President of RITE Academy, Randy Friedman is proud to be a public service advocate and training innovator. She combines her athletics and mental toughness training, bringing Racial Intelligence to law enforcement, corrections, and all public service. As a certified Social+Emotional Intelligence Coach with the ISEI (Institute of Social+Emotional Intelligence) and her 30+ years in corporate and athletics training, Ms. Friedman brings a unique perspective that helps to educate law enforcement enhance their skill-set in Racial Intelligence. Ms. Friedman has taught, coached, and mentored top corporate executives, and civic leaders in the community. As an executive in public relations and brand marketing, she understands the importance of upholding a positive image, as well as preserving respect in the community. As a professional athlete for many years, she has published two motivational books. The first in 2008, called Your Inner Swing, 7 lessons in golf and life. Her second book, co-authored with Linda Webb, The Athletic Mindset, 3 tools for success, published in 2012. These books are being used as positive motivators in communities and corporations around the world. Ms. Friedman is a nationally recognized speaker, and her global initiatives have made a positive impact in bringing communities and companies together. Ms. Friedman’s extensive experience in athletics and motivational training, combined with emotional and social intelligence, is the foundation that pieces Racial Intelligence together. This powerful groundwork for law enforcement and all public service professionals is what brought Ms. Friedman and Ms. Webb together again, to create the RITE Academy.

Gratitude and The Law of Attraction in Business