5 Ways That Businesses Overspend Without Even Realising

The first piece of advice most people give you when you’re starting your own business is that you need to keep your costs down. Running a business is expensive and you’ve only got a limited amount of money to keep things ticking over until you break even and then start making a profit. If you can’t keep your spending under control, you’ll run out of cash very quickly and you’ll have no choice but to fold the business unless you can find some more cash from somewhere.

Even if you make it through the difficult early period and you start making a profit, it’s still as important as ever to keep your costs down. Your profit margins won’t be as high if spending is out of control and you’ll also struggle to survive if sales dip and you don’t have a good cash reserve to fall back on. That’s why it’s essential that you know how to manage your overheads properly. The issue is, a lot of businesses don’t realize that they’re overspending and they fail to make cutbacks in important areas before it’s too late. The best way to avoid overspending is to know why it happens in the first place so you can avoid common mistakes. These are the areas where your business could be spending too much.

It’s likely that you took out a loan to cover the start up costs of your business and now it’s time to pay that money back. So many business owners run into trouble because they don’t fully understand the costs of a business loan before they take one out. They assume that it’ll be fine because they’ll start making a big profit and they’ll have plenty of money to pay back the loan. The same situation often arises when companies are trying to expand and they borrow money to fund that growth. They’re counting on a big increase in revenue to pay back what they owe and when growth doesn’t happen as quickly as they expected it to, they find themselves struggling to cover the repayments.

If you’re borrowing money to start or expand a business, it’s essential that you do an in-depth financial analysis beforehand so you can get a good idea of what kind of growth you’re likely to see. This will give you a better idea of how much you can afford to borrow. If all of your revenue is going into loan repayments, you’re going to struggle to survive. As a general rule, you should always borrow as little as possible so the repayments are more manageable. 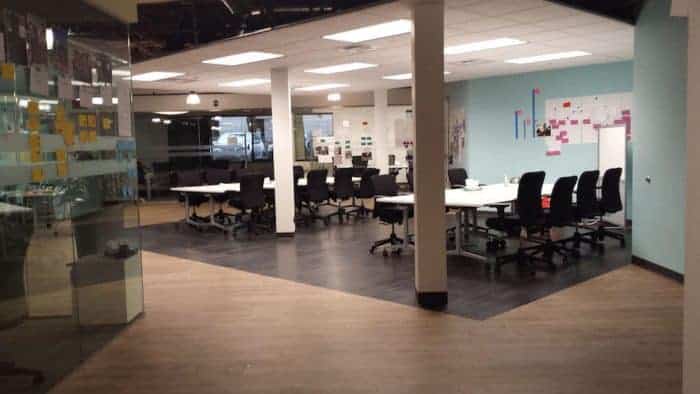 Paying for office space is one of the biggest overheads that you need to cover so it’s important that you keep it under control. If you’re hiring a huge office that you don’t really need, that’s just money down the drain. When you start looking at offices, think about how many employees you’ve got and exactly what space they’ll need. Don’t worry about finding a big place with lots of large communal areas for now, you can upgrade the office at a later date when you can actually afford it. You should also look into the possibility of using remote workers instead of having everybody in the office all of the time. A lot of businesses are moving toward this model because a lot of people are more productive when they’re working at home and setting their own schedule and it cuts down on your office costs.

You also need to think about the utility and maintenance costs of the office. You might be able to get a good deal on an old office building but if it’s not well insulated and it’s falling apart, your energy bills will be massive and you’ll constantly be paying for repairs, so you won’t actually be saving money. That doesn’t mean you should only look at brand new developments, but you should always ask about the running costs of the office and factor that in when you’re trying to work out your costs. Implementing new technology is a great way for businesses to save money, but it can have the opposite effect if it isn’t maintained properly. You can save a lot of money and increase productivity by automating certain tasks and finding ways to streamline processes. But if you’re using outdated technology, it will actually slow things down a lot. You’ve also got to factor in the cost of calling out an IT specialist every time something goes wrong, which is going to happen a lot more often if you’re using outdated technology. People often struggle because they’re using different systems that don’t work well together and that causes a lot of productivity issues. Most of these problems are caused by a simple lack of knowledge. You’re not an IT expert so if you’re trying to set up all of this technology on your own, you’re probably going to make mistakes. If you want your business technology to work for you, not against you, it’s best to get a professional company like vantage point consulting to come in and review your business. They’ll be able to tell you what technology your business needs and they can implement it properly for you.

Another big reason that businesses overspend on technology is that they pay for things that they simply don’t need. They’re taken in by a good salesman that convinces them that their business absolutely needs this piece of software, but in reality, it doesn’t really do that much for them. When it comes to business technology, you need to look at the business and see where the problems are. Then you can implement technology that solves that problem, rather than just paying for things because you’re promised that it will help to push your business forward.

If you’re outsourcing things like manufacturing and shipping to outside companies, you could be spending a lot more than you need to. Outsourcing is usually more cost effective, especially for smaller businesses, but a lot of people end up overspending because they simply fail to negotiate. When you go to a company and ask them for a quote, they’re not going to give you the best possible price. If you just accept the first price that they give you without trying to negotiate with them, you’re just wasting a lot of money. There is almost always some room for flexibility in the prices that they offer you so you always need to haggle.

The best thing to do is to get multiple quotes from different suppliers and then you can go back to them and show them the cheaper quotes that you got from elsewhere. In most cases, they won’t want to lose the contract so they’ll match or even beat that price. If you go back and forth between companies a few times, you can significantly lower the price that you’ll pay.

When you’re making a deal with suppliers, it’s also important that you read the fine print on the contracts. Often, you’ll be tied into a long term contract and there will be large fees for early cancellation. In some cases, the contract may specify that they can increase prices during this period, which means you’ll be stuck paying more than you need to and you won’t be able to get out of it without paying large cancellation fees. You need to look out for those sort of things in the contract and make sure that you’re getting a deal that you can control.

Staff costs are a major overhead for most businesses, but you could easily be spending too much here. A lot of new businesses fall into this trap because, once they start to grow, they assume that the workload is going to increase massively and so they need to hire loads of new employees. But when growth isn’t as much as they expected it to be, they’re stuck paying for employees that they don’t really need. There are a couple of ways that you can get around this. Firstly, you need to consider the needs of the business before you start hiring. Look at where the skills gaps are and identify areas where the workload is too high, and then hire people to fill those gaps. You should also look into alternatives to hiring new people like automation technology that can handle a lot of the more menial tasks that would normally be carried out by an employee. This will take the workload off your current employees, giving them more time to work on different areas of the business.

Employee retention is also important because every time you lose somebody, you have to cover the costs of hiring a new employee and training them. If this is happening regularly, you’re losing a lot of money so you need to make efforts to keep your employees in the company for as long as possible.

If you can tackle these common causes of overspending in your business, it’ll be a lot easier for you to manage your finances.