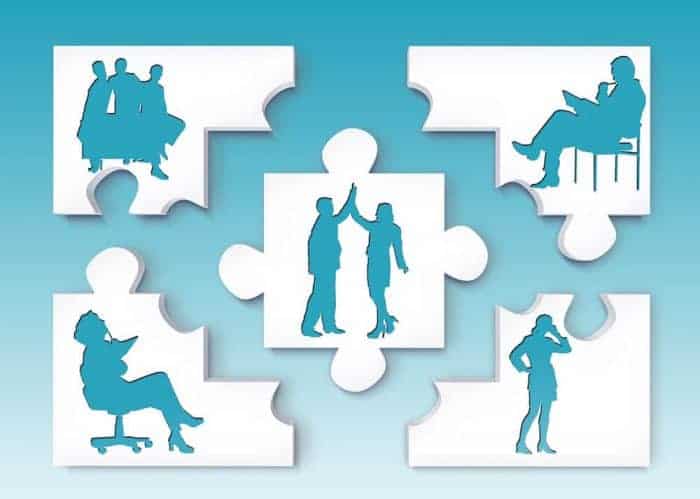 Team building gets a bad rap because it is often seen as something the HR departments do just to make themselves appear useful. This really isn’t the case since all the relevant research shows that team building exercises have a profound impact on the company by making it more productive and more transparent.

This is especially the case with small companies that need time to create strong teams that will work together. Most of Australians work for such small businesses and they should use team building exercises to their advantage.

Building blocks are as simple as they sound. All you need is an office (or any other space that can fit a large group of people) and some LEGOs. The project you’ve decided on can be as complex as you want it to be and it’s a good idea to make it something challenging in order to use the whole team on it.

This isn’t only about fun and games, although that’s useful too, it’s a way to work on the creativity of your employees and promote team spirit among them.

Escape rooms are a relatively new form of entertainment, but they have quickly found their way to team building because they could be used as a tool to cultivate teamwork and creativity. The games usually include the employees being locked in a room and finding their way out. The rooms and the clues for escaping are organized around a theme and could be as lighthearted or complicated as you want them to be.

What’s great about this is that it requires collaboration between the employees. Escape rooms also encourage the employees to focus on and develop their unique skills and interests.

Orienteering is one of the most fun and engaging team building ideas and it works especially well in Australia because of the great outdoors that you could take advantage of and enjoy. The orienteering is about finding your way around the wilderness without the use of modern technology. This is both fun to do and promotes teamwork among the employees.

It’s the company’s job to find a coach hire in Sydney, transport the employees to the meeting place and organize the logistics of this exercise. It will be more than worth it when you return with a better and closer team.

A scavenger hunt can be used by any company, but there are those that would benefit from it more than others. It’s a simple exercise in which the employees are given clues about an object they need to find. The clues could be quite complicated and used to help the employees showcase their abilities.

You could also use this exercise to help your new company find its way in a new environment. If your employees come from all over the place and are new to the city the company is located in, this exercise will help them get to know the city and orienteer in it in an interesting and fun way.

The task here is both simple and very easy to organize, but it provides the team with an opportunity to use all of their resources and showcase both their creativity and organization skills. One of the ways to go is to separate the employees into teams and task them with making a movie with their phones. Remakes of classics are the safe way to go.

In order to make things more interesting, you could offer some sort of reward to the members of the winning team. This exercise is usually very fun and it allows the employees to get to know each other and learn about movies and pop culture that has shaped their childhood and formative years.

These team building exercises will help you get the most out of your team and create a warm and friendly environment within the office.

Dan Miller
DAN is a Payments officer with nearly ten years of experience in banking and international payments in the Australian banking sector. He has a masters degree in finance and banking. He is married and also a father of a beautiful little girl.