When best-selling authors offer their secrets to success, I listen. So I was all ears when Camille Pagan, who switch-hits as a top-tier journalist and successful novelist, stepped up to the podium to deliver her keynote address at the American Society of Journalists and Authors 2019 Conference in New York earlier this month. 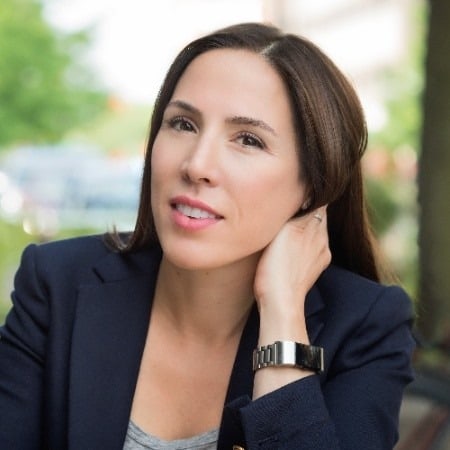 Although I was familiar with her name and had seen a few of her books advertised, I didn’t know her but made a promise to myself to fix that by the time she left the stage. I’ve since learned that we have a few things in common: Our first cars were both early ’70s VW Beetles; we both were drawn to writing since our childhoods and majored in English; we were both the first in our families to graduate from college; we both have backgrounds in journalism; and we both get our greatest satisfaction from readers who find that our work helped them through tough times or taught them something about life.

Pagan’s journalism can be found in stories about health and wellness in The New York Times, O: The Oprah Magazine, Parade, Time and other print and online publications. She’s also written five novels, including her latest, I’m Fine and Neither Are You, released in April by Lake Union Publishing. She was kind enough to autograph it for me and agree to my writing about her secrets in this piece.

She introduced her topic as “The Five Skills I Relied On for Publishing Books (After Journalism)”. And here they are:

You have to have an underlying belief in yourself. All of us who do creative work get into it in the first place because we have good taste, Pagan said, quoting Ira Glass, producer of This American Life on National Public Radio. Your first work is usually not very good, which you know because you have good taste. In fact, your first writing usually is not very good, and it’s your good taste that causes your disappointment.

Pagan noted that her first novel, The Art of Forgetting, got some terrible reviews. But she persisted, pursuing a pace of one new book a year. The next two failed to find publishers. Her fourth, Life and Other Near-Death Experiences, broke the spell, but as Pagan says from personal experience,

You never know what’s going to happen. If you want to succeed, you have to be persistent and keep at it.

Book No. 4, by the way, has been purchased by two-time Academy Award nominee Jessica Chastain, who plans to turn it into a movie.

2.   Have a Specialty, One That Feels Right to You

You need to have a crystal-clear idea of who you are and what you do, Pagan emphasized. You don’t do projects because they’re on your to-do list; you do them because they mean something to you. “If you want a lifetime career, passion and purpose are non-negotiable.”

Pagan is not one for hard and fast rules when it comes to publishing. She believes flexibility, within reason, should guide decisions about money, about how to publish and how to market. She is neither averse to nor above selling ebooks or self-publishing and believes other established and aspiring writers should consider all the available alternatives as well.

“We talk about writing as if it’s a solitary thing,” said Pagan. “But it’s not. It takes collaboration.” By that she means using skills she honed in journalism like networking, talking face-to-face with people to learn things, making connections who can help circulate your work and “grouping” with people online to advance one another’s work.

5.   The Ability to See the Story Behind the Statistic

Pagan cited a recently publicized statistic claiming that 59% of authors’ income is declining and countered it with her own claim that “Many people who have chosen to do this as their careers are doing just fine,” as her own situation attests. There’s no reason why it can’t be the same for you or me or anyone reading this.

Pagan eats statistics like this up and spits them out as stories about and for people themselves. “You are not a statistic,” she said. “You are a story – one that other people may be interested in reading about. Someone is going become successful telling these kinds of stories. It may as well be you.”

Dee And Me: Life Lessons From My Friendship With A Breast...