22 Again: The Incalculable Value of Friendship

It is one of the blessings of old friends that you can afford to be stupid with them. 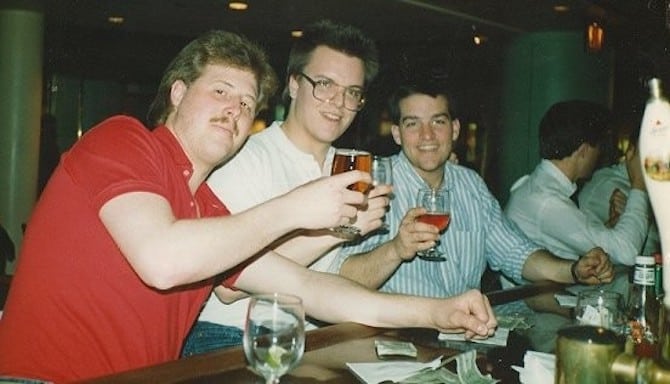 Look at that picture.  What a bonehead, right? I’m talking about the dude on the far left….the one with the cheesy mustache.  I’ll grant you it looks like his upper lip had a fight with a stick of mascara, but I assure you it’s real.

I can pick on, berate and laugh endlessly at that guy because…well…that’s me as a much younger man – 22ish, brash, and in possession of a hell of a lot more hair than I have now. Granted, I didn’t have the long, flowing locks down the back as Billy Ray Cyrus did, but what mullet I had was pretty impressive.

This was taken during a 7-day road trip to Washington DC with my two best friends pictured above.  We didn’t have a lot of money, so we piled into my Oldsmobile and drove all night across the rust belt through the middle of a snowstorm in order to avoid spending the cash for a hotel.   Once in the nation’s capital, we stayed with a relative gracious enough to offer us free lodging for the duration of our stay.  It was a wonderful trip filled with great memories, good times and a few bar stops to taste the local brewing cultures along the way.

I’ve known these two guys for some 35 years.  In many ways, we’ve grown up together and have been each other’s coach, confidant, and conscience during some rather formative and turbulent times.

We were The Three Amigos, living in our first apartment furnished with used or discarded furniture and adorned with mirrored beer signs we’d managed to procure from the restaurant where we were simultaneously employed.   Given the fact that we lived, worked and hung out together almost every day, it’s amazing we didn’t get on each other’s nerves and try to smother each other in our rooms while we slept.

Ask any one of us and we’ll tell you these were great times.  We were exploring the rites of bachelorhood and enjoying our newfound freedoms as best we knew how. Certainly, we made some decisions and did some things that normal, rational intelligent human beings wouldn’t do.  That’s one of the benefits of being young and stupid…you don’t know any better.

Then again, it’s par for the course for most young adults who find themselves with just enough freedom and slack in the rope to hang themselves, figuratively speaking.  That’s the process of living and learning through the choices you make in life.   For as much fun as we had, it was also when we made some of our greatest mistakes….and learned some of our best lessons that shaped me into who I am today.

1.  My life would be pretty different without these gentlemen.   James and Michael were book-smart, well-educated guys working their way through college at the university not too far from the apartment.  They easily put me to shame when it came to strategy and conceptual thinking.   Me?  Not so much.  I was far too consumed with spending what little money I was making without putting anything aside as planning for the future was not one of my strong suits.  That started to change when the boys introduced me to what soon became one of our favorite pastimes, playing the board game RISK.

RISK is a game of world domination that requires you to create an effective strategy for overtaking all of your co-players on the board by conquering their countries and continents. It requires patience, planning, foresight, cunning, and some great dice rolls to emerge the victor.  Make a stupid move combined with bad dice rolls and the game is over in short order. Practice smart board management combined with a hot dice hand and you could be on your way to securing victory. The conditions of the game can change quite quickly, so adaptability is a must. Depending on how competitive the other players are, it can get tense, and we absolutely played to win. I got my butt handed me to more than a few times, but I learned many things about playing it safe and relying on old strategy.

The other thing they pushed me to do?  Go back to college and finish what I started.  After a few years of working full time,  they helped me realize I could accomplish more than “asking people if they wanted nachos with their margaritas (I worked in a Mexican restaurant – more about that here).”   After much prodding, discussion and investigation, I finally did.  That began an entire chain of personal character reinvention.

Lesson learned:  Don’t rely on your past to dictate your future.  Challenging yourself to learn something new, even if it’s hard, staves off stagnation.

2.  Sometimes, friends don’t agree on things.  That’s okay.  We’re still friends.   One of the reasons we all got along so well was because of our common interests and backgrounds..  There were some deviations in preferences, but for the most part, we all liked the same kind of things…music, movies, food. etc.

There were times we had disagreements, and those could range anywhere from how we divided the housework to being peeved about eating someone else’s leftovers from the previous night’s dinner out.   Sometimes it was silly stuff, like using the last roll of toilet paper and not bothering to buy more for the next user.  Funny imagery, yes, but nonetheless irritating. Occasionally, it would be something far more serious that could threaten long-standing friendships, like the introduction of girlfriends into the fold.  You wouldn’t think that would impact the degree of closeness between buddies, but interjecting new personalities into a well-established core of friendships can take some adjustment.

The true mettle of a person’s character is dependent upon how they handle change and adversity.  If that’s the case, then I absolutely failed that exam.  Thank goodness I had a chance to take the make-up test.  Only after the passage of time did I begin to realize the pettiness of our discontent.

Lesson learned:  People, situations, and relationships change.  Roll with the punches and adapt.  Nothing is worth sacrificing the people you love the most.

3.  My friends and family are what really matters in life.   When I started working, there wasn’t much room for anything else.  Full-time employment in food service means being available at the busiest times, which traditionally translates to working nights and weekends as well as holidays.

That meant family gatherings and other social events took a back seat to holding down my job.  Plus, with any management position, you work more than 40 hours a week as that’s what’s required.   I remember having to miss more than a few reunions or get-togethers, which I regret now.

On the flip side, that experience drives me to cherish the times I’m with my family and friends now, both immediate and extended.  That’s a message I drive home with my children whenever required.

Lesson learned:  Nothing is more important than your family and friends.  Nothing.

4.  Credit cards are evil.  Period.  I know this is out of place, but there’s a reason it’s here….indulge me, please:

Viola!  You get instant interest accumulating debt that cripples your ability to save money at a time when you need it most.  That’s a battle all three of us fought and to some degree, are still fighting today.  Why mention it here?  Because financial responsibility is something I’m teaching my children now.  Both of my kids have savings goals so they can invest and watch their money grow over time.

Lesson learned:  This is the only time you’ll ever read anything from me that is blatantly preachy, so here it is:  If you’re a parent, teach your kids about credit cards and accumulated debt now.  Not being proactive will hamper them for life.

It’s safe to say we look a little different these days.  The hair we have left is more gray than of actual color, and perhaps, we all have a few more pounds on the frame than what we did 28 years ago.  All married and with children, we spend more time with our families than we do together.  Occasionally we find time for breakfast or lunch.

Like we did over last weekend….when we just planned our next road trip. 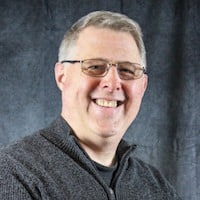