“​Thank You for Your Service”​

“Thank you for your service.”

Five words that mean so much when received by a serving police officer, or, in my case, a former Police Officer. The words convey respect, gratitude, and admiration.

Speaking personally, I feel humbled and emotional whenever a person says that to me.

I learnt about wonderful supervision and leadership from some colleagues.

I also learnt about the impact of micromanagement and the toxicity of ‘Target Culture’.

That day was my first day as an Acting Sergeant at Hemel Hempstead. I was looking forward to meeting the team at 1400 hours. One of the team was a friendly and unassuming colleague, Frank MASON. Earlier that morning, he was walking his dog when he witnessed an armed robbery at a bank. Frank intervened and was shot dead.

In those days, there were few brick-like mobile phones, so the news was slow to circulate to friends and family. It was bizarre having to telephone people to confirm that I was not the off-duty officer in Hemel Hempstead who had been murdered.

The management team, including myself, were called in early, for 1300 hours, to prepare ourselves for facing any officer’s worst nightmare, dealing with the immediate aftermath of the death of a respected colleague.

The lessons I learnt about myself, my responsibilities as a supervisor, and leadership have never left me.

Our responsibility was to support colleagues who were traumatised and heartbroken and in a humane and professional manner, transform them back into an effective team.

#Leadership is knowing ourselves and those people for whom we have a responsibility, as people, and behave accordingly.

The ‘Thin Blue Line ‘ image at the head of this article is also worn as a patch by police officers in the UK. This image has been outrageously and inaccurately described as an ‘Extreme Right-Wing Meme’ by some commentators. It is not.

The image of a thin blue line with a darkened Union Flag as background symbolises 3 things:

Interestingly, the five words ” Thank you for your service” have all been said to me by American citizens, never by British citizens.

Why is that, I wonder? 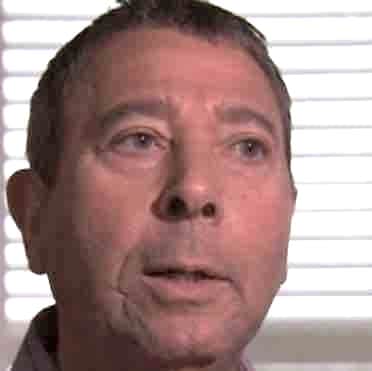 Leadership is Visibility and Credibility

Hitting the Target but Missing the Point